There's something funky going on inside GM's 5.3L Vortec 5300 engine causing it to use a higher-than-normal amount of oil. Some might even say it's excessive. A lawsuit filed in Minnesota says the problem is multi-faceted.

That's a recipe for disaster, but the cherry on top is the somewhat useless oil monitoring system. Instead of measuring the volume of oil left in the crankcase, the system measures environmetal variables to determine the quality of the oil.

Sure, there's only a pint of oil left in the engine but don't worry ... the oil quality is great.

The lawsuit mentions GM has tried to improve the situation by updating the vehicle's crankcase ventilation and active fuel management system, but it never really helped. Eventually GM just updated the Generation IV Vortec 5300 engine and replaced it with a redesigned Generation V Vortec 5300 that stopped using low-tension oil rings and reintriduced an oil level sensor. 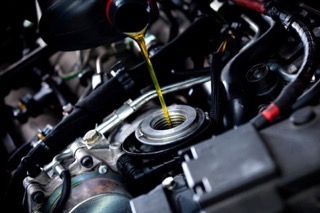