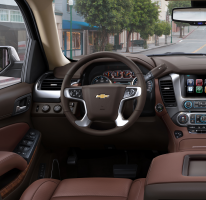 GM did the right thing by recalling ineffective seat belts a few years back. It just would have been so much better if they used the right replacement parts. Now to be fair, only 2,800 of the over 1 million recalled vehicles ended up with the wrong pretensioner cable assemblies but considering the last recalls were in 2016 and 2018 this probably won't sit well with the owners driving around with the wrong seat belts for the last few years.