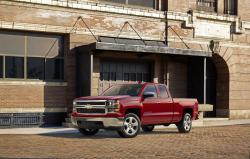 Low voltage is temporarily disabling the power steering in more than 1 million GM trucks and SUVs, prompting a massive recall for the 2015 model year. A near carbon-copy recall was made for similar vehicles back in August 2017. The major difference? It was 2014 model year.

Is anyone staffing the shoulda seen that coming department over at GM?